Indian consumers who had pre-ordered a Galaxy Note 8 by Samsung will receive the device soon. The smartphone maker based in South Korea started to ship its product on Thursday, shows reports just released.

Currently, the new mobile handset is available online at Amazon India and Samsung’s own website. It is available in two colors – Midnight Black and Maple Gold, and shipping officially starts on Friday.

At the same time, Samsung, in the shipping, will include a one-time screen replacement for $15 and a wireless charger with each purchase of the handset as part of an introductory offer.

The phone maker has also linked up with HDFC Bank in order for credit card holders of the bank to receive cashback in the amount of $61 when purchasing the device using their card.

On the other hand, Reliance Jio is handing out free data in the amount of 448GB for its current subscribers once they have purchased their Galaxy Note 8. This data is evenly divided over an eight-month period, said the wireless carrier on Thursday.

While sharing a design that is similar and many of the same internal components of the Galaxy S8 and the S8 Plus, there are many features that set the new Galaxy Note 8 apart from other flagship offerings of 2017 by Samsung.

The S-Pen stylus in all Note handsets will now sport new and enhanced features such as Live Messages, better translation functionality, as well as better capabilities involving memo work.

One other important feature that stands out is the rear camera that is equipped with a pair of 12 megapixel sensors, with one boasting a wide-angle lens, and the other a telephoto lens.

This smartphone can have up to a 2x optical zoom and a 10x digital zoom.

Models of the Galaxy Note 8 that are sold in India have a Exynos 8895 chipset that contains a CPU that is octa-core clocked at 2.3GHz and a GPU that is Mali-G71 MP20.

The camera on the front contains a sensor with 8-megapixels and is equipped with a lens that is wide-angle. The handsets have a 3,300mAh battery while supporting wired and fast wireless charging. 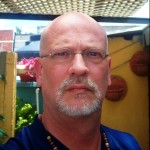